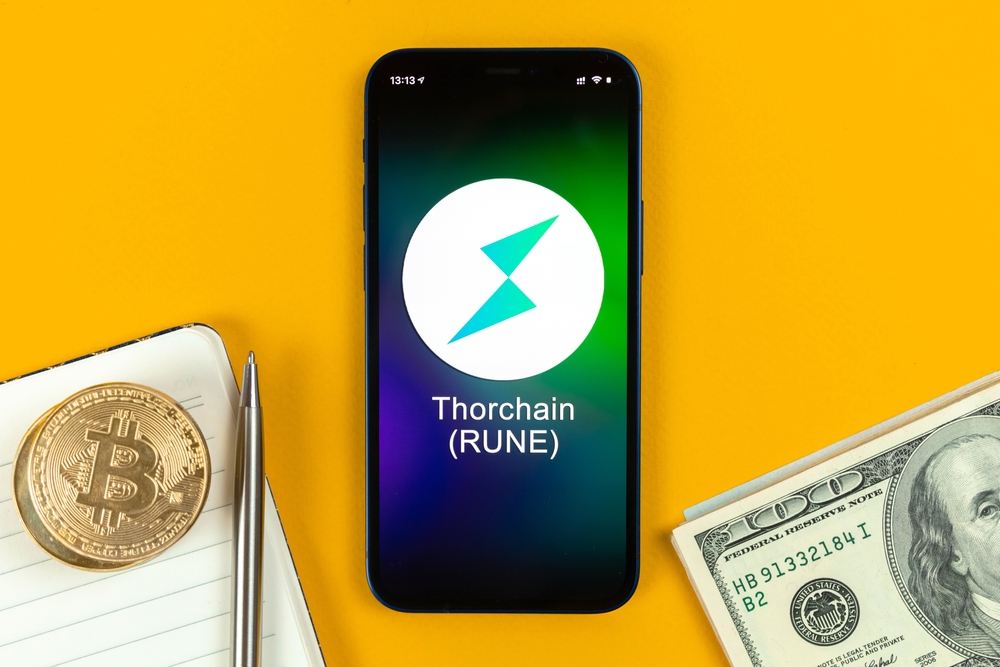 RUNE saw its price forming a top reversal formation on its 2-day chart, further hinting at a colossal correction. THORChain will likely trigger downswings if investors extend profit taking or BTC resorts to a U-turn.

RUNE price gained a whopping 286% within the price month and seemed to retest the hurdle at $12.51 for the 3rd time. The previous two moves to this obstacle resulted in colossal rejections that triggered steep downside corrections.

RUNE has touched this area three times since August 23, 2021, with the 2nd retest deviating beyond the $12.51 range high. The latest and 3rd revisit of the zone concludes with a triple tap pattern. The technical setup translates to a top reversal formation and predicts a trend shift in bearish favoritism. The move has a higher chance of retracing lower considering RUNE’s overextended upsurge.

RUNE’s immediate support floor stood around the $7.76 mark (50% retracement zone) and remained the logical footing to control the sell-offs by absorbing THORChain’s bearish momentum. Thus, enthusiasts may expect the token to drop 33% from the current level.

Supporting the downward move by RUNE is the latest decline in the seven-day MA for on-chain volume to 235 million from 492 million. The development shows more traders taking profits and will likely leave the network.

Despite the bearish narrative revealed for RUNE from a technical viewpoint, the total market hovers within a bullish phase. Thus, a downward trend appears unlikely around the current levels. RUNE price producing a 2-day candle close beyond the November 3, 2021 swing peak at $17.30 will invalidate the triple tap pattern and THORChain’s bearish narrative.

Such developments will see RUNE’s price climbing towards its record peaks at $21.33 before printing another ATH around $25, following higher aspirations by bulls.

Meanwhile, RUNE would rely on broad market sentiment for its upcoming price actions. The crypto spectrum witnesses a bearish outlook today. Keeping such narratives might see RUNE on ‘resistance-free’ downswings.